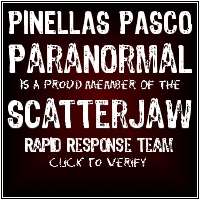 Visit our friends at Asia Paranormal, if you need help overseas in Asia.   Links are below:

JUST FOR THE RECORD:

HAUNTED IN THE UK?  CONSULT WITH OUR NUMBER 1 UK ASSOCIATE MERITA KING

Merita King is our main correspondent in the UK. She and Laurie have a website together called "The UK/USA Intuitive Alliance." She is a gifted medium and psychic and a good investigator. We often consult with her on our cases, as she provides us with more insight into many things, with her psychic abilities. She has worked with many groups in the UK, and has rubbed elbows with Colin Fry and other well known people in the field in UK. She teaches psychic development and helps others to hone their gifts. She has a wonderful site with lots of blogs on these subjects at: http://www.meritaking.webs.com

Merita has written a science fiction novel called The Lilean Chronicles - Redemption which is now available to buy.  Click this button to purchase a copy

Teams across the country that can actually offer haunt resolution are rare. Most teams are research teams trying to document the existence of ghosts, and nothing more. Few people have experience with hostile hauntings or how to resolve them. Very few states actually have this kind of a paranormal team. We are trying to compile a list of such teams for case referrals for our out of state clients. If you call us, we will try to find the right team to help you with hostile hauntings.

Other teams associated with PPP for" hostile haunts" in the United States; If you do not see your area on this list call us and we will direct you to the right team. We can provide you counsel in the meantime until they arrive. Still under construction at this time, list to be posted gradually over time.

If you would like to get on our referral list as a team for hostile haunts, please write to us.

PPP'S HOSTILE HAUNTS NETWORK FOR OTHER AREAS: These are teams that I refer cases to for hostile hauntings, that are out of my service areas. If you do not see a team here in your area, call us and we will find you the right person in your area to help you with hostile hauntings if possible.

We would love to expand this list and we will as we find teams that are qualified to handle hostile cases.

When we look for another team for a hostile case, out of our state we look for the following:

A team with years of experience, that has channels to cleanse a residence from a hostile presence. We do not look for just research teams or commercial teams. The search is conducted by me, Laurie Champion. When I go to a website looking for a team to refer a case, I look for people that think outside the box. I do not look for a "member of the TAPS team emblem" on the page. When I see such an emblem, I usually move on. This is because I will not refer a team for a hostile case, that has bought into the paranormal craze and seeks to find their worthiness , in an association with a TV reality show.

I do not look for media coverage on the team, or how many awards they have won. I do not look for any commercial ads for ghost tours, ghost hunts, or big  paranormal conventions. I look for pictures and profiles of the team members that seem professional. I do not look for pictures of the team with paracelebrities. To me this implies that the team is trying too hard to prove that they are important and seeking publicity and notoriety. I look for experience, information provided at the website, a contact number, which says you are dedicated and willing to be available to your clients. I look for people whose first interest is for their "clients "and not for the media.

I look for teams whose theories and information provided are not out of date. Teams that post their own evidence rather than ghost pics off the net. Teams that do more residential haunts than commercial ghost hunts. I look for people with heart and intelligence, and an open mind. I do not look for Wiccan groups or groups that hold a strictly" Christian only" mindset either.I never refer to a team that charges for their services. Bottom line I need people who can not only document the activity, but so something to help stop it, as in hostile cases, that is the goal that is in the best interest of the client. Anyone can be a ghost hunter, but few are haunts resolutionists with the experience to actually deal with a hostile haunting.  If you are this kind of team, please let me know, and I will consider you for our hostile haunts referral list.

The teams listed here are research teams who specialize in scientific research into this field. They use most of the common modern equipment and are full staffed for investigation. Some do resolution attempts and some do strictly research. Other extended area teams in Florida:

Spirits of St. Petersburg:  Location St. Pete, headed up by Brandi Stark: research and documentation, evp, Audio/ Video investigation,a fully equipped team that also works with sensitives. I have worked with Brandi before and she is a great investigator.

Research Teams in other states;

Mass Paranormal ; Covers many areas of Massachusetts and is a good research team audio/video/etc. Contact them at www.massparanormal.net/

NSPI of Georgia: Paranormal research team. for more information on their investigating techniques you can contact us by email at nspi@adelphia.net or by phone at(770)540-8479 {Kathy Byrd}.

Have you seen this kind of entity?
by pinellaspascoparanormal | 26 comments

What is the dogman and is it a real Cryptid?  While there haven't been as many sightings as there are of Bigfoot, this creature is being seen by people in different places all over the world and in the USA. Wisconsin has it's very own beast known as the "Wisconsin Werewolf", which Linda Godfrey has written a few books on, which you can find at Amazon. The "beast of Bray Road" is another book about the same creature. The sightings do vary though as far as description of this beast. Some say it walks on two legs some say it was on all fours. Some say it stands upright and has ears and a tail. Others say it has no tail but has ears. Some say it has a man's body with long arms, clawed hands,and wolf hind legs. All agree it has a muzzle and large teeth. Some bigfoot have been said to have a muzzle like face also, is that perhaps what people are seeing? from what I have been able to find in my research, many of these sightings have described this creature on four legs or squatting down eating or whatever. Is is possible that this is a large wolf or dog/ wolf hybrid of large size? When a domestic dog mixes with a wild wolf, you may have what they call "Hybrid vigor" which produces a much larger size animal as it's offspring. That might account for so called dire wolf sightings also.
The dogman seems to very popular in some states like Wisconsin, Michigan, Arizona, Arkansas,Texas, Illinois, Missouri, Utah, Idaho  and Ohio. There have been scattered sightings in other states and even here in Florida. This creature is even seen in cities and suburban areas, as well as rural areas. Louisiana has it's Rougaroo, which is said to be a wolf like creature also that is of tremendous proportions and very dangerous. Louisiana's Rougaroo is steeped in spiritual lore of the area and is said to be a spirit animal rather than  just a flesh creature. Many cultures have their werewolf legends and the dogman certainly fits in with those as well. So what does the dogman look like?
Until a specimen is caught and cataloged we may never know what the dogman is or even if it truly exists. It does not seem to be as common as Bigfoot and does not seem to leave as many tracks or other kinds of evidence. I have always been of the mind that since Bigfoot is purported to be part human that he also has the intelligence and the know how to camouflage, as well as disguises that aid him in hunting and staying off our radar. I feel this may also explain things like the supposed "Goat squatch", possibly just a bigfoot with a horned headdress from a kill. In examining kill sites I have noticed that skulls of large animals are often missing from the carcass dumps. Why?
Does the Dogman exist and if so is he in Florida too? Well, I am in the process of seeking reports and so far I have one: A woman I know, says she saw one.  Says she heard like a human-sounding howl and saw an extremely huge looking dog standing on its hind legs, by a tree ,out in the woods. This happened  by Lake Tiger, just out side lake Wales. This article is not finished and I will add sightings in Florida as they come in per my request.